Their story reminds me a lot of my own. I was able to pay off $45,000 in 17 months and now I am on a very similar mission. The difference is that they are way more entertaining than me!

Here is their story:

Table of Contents hide
How to Pay Off Debt Fast: The Teixeiras’ story:
Baby Emergency Fund:
Paying off Debt Fast:
Fully Funded Emergency Fund:
Adoption:
FAQ:
I want to pay off my debt, how do I start?
How do I pay off debt fast?
Do you have other debt success stories?
Why should I pay off my debt?
What tips for paying off debt fast do you have?
Motivation:

How to Pay Off Debt Fast: The Teixeiras’ story:

Jonathan and Amanda Teixeiras were married in October 2011. They were given a copy of The Total Money Makeover by Dave Ramsey and it set their financial lives on FIRE!

They were Catholic missionaries and had a low income, around $35,000. It was not easy by any means.

They read the book together and were very inspired by the success stories in the book. They worked as a team and set a plan. They had their first budget meeting on December 31st, 2011. They struggled a little at first figuring out their categories and where their money was going to go, but they nailed it quickly and were paying off debt quickly! 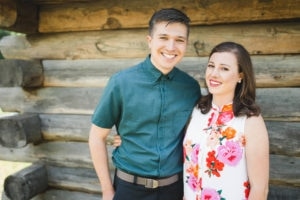 They began their debt-free journey on January 1, 2012.

They focused first on building baby step 1, which is a $1000 emergency fund. They were able to save that in just one month!

Why You Should Save A $1000 Baby Emergency Fund

Then they focused all their energy and attention to paying off their debt FAST even with a low income! Their income was below average, yet they were still able to pay off debt quickly.

They wanted debt out of their lives so bad that they created a plan that had them paying it off in just 7.5 months!

We would rather suffer a short but intense time of delaying gratification than several years of lukewarm spending/paying debt.

They sold items they didn’t need. They took their lunches to work and ate PB&J sandwiches. Their friends even thought they were taking things too far.

They sold a car and became a one car family, got raises at work, and sold ALL their furniture including their lamps! Which kind of cracks me up because I did the same thing. I sold all my lamps and pictures off my walls. But hey, when you want something bad enough, you will do whatever it takes to get it. (and no they didn’t move or live with anyone else)

They even started finding things to fix up and sell. Even if it was in the dumpster! They sold things like bikes, their Nintendo, and found things at thrift stores and sold them on eBay and Craiglist.

The faster they paid it off, the more excited they became and more motivated they were to pay it off even faster!

When you are that motivated, you start to find ways to make even more money. They lived cheaply, ate cheap, and sacrificed for 7 months.

Their original goal was to have it all paid off in just a year. But they managed to do it in just 7 months! They were officially debt-free on August 15th, 2012.

They were then able to do their debt-free scream with Dave Ramsey! How cool is that???

Here is their debt-free scream:

Doesn’t that make you want to jump up and down in excitement for them!

I love listening to the debt-free screams on Dave’s show. They just make me want to scream in excitement for them!

Their next step was to quickly save up their full emergency fund then start saving for a down payment on a house! They bought their house in June 2014, less than 2 years after becoming debt-free!

They even paid 20% down on a 15 yr fixed rate mortgage that is not more than 25% of their income according to Dave Ramsey’s principles.

So they were able to save 3-6 months worth of expenses AND a 20% down payment on a house in LESS than 2 years!!!

I can not believe how quickly this couple was able to achieve their financial goals on a low income. This was not a couple making an extravagant income. Yet they were still able to save money quickly to achieve their goals.

Then two weeks after buying their house, they found out they were going to be able to adopt a baby due in November. They were able to scrimp, save, and fundraise their way to paying $20,000 in adoption costs without adding any debt!

This couple is amazing!

How were they able to do this so quickly?

They worked as a team for a common goal. If only one of them was working the plan, it wouldn’t have worked.

Here are some tips for getting your spouse on board.

They show that with love, determination, a plan, and working together, you can achieve anything!

I want to pay off my debt, how do I start?

When you are wanting to pay off debt fast, you need to start by figuring out how much debt you have. Here is a list of the best debt snowball calculators to help you determine your total amount of debt and how quickly you can pay it off.

How do I pay off debt fast?

In order to pay off debt fast, you have to deal with your budget. You have to make one and then you have to stick to it. It requires you to face your debt and not bury your head in the sand. You will then have to find ways to save money and make extra money.

11 Signs You Have Too Much Debt

How to get rid of debt fast

Do you have other debt success stories?

Yes, I have featured several on my blog. Here are some of my favorites:

Why should I pay off my debt?

You should pay off your debt for several reasons. One of which is that it reduces your risk. There is always a risk that you could lose your income and that could be devastating. If you don’t owe anyone anything, it drastically lowers the risk of you being homeless.

Another reason is that is steals from your future. When you have too much debt, you aren’t able to save for retirement, college, emergencies, home repairs and maintenance and things like that. It makes you continuously use debt for things that you could pay cash for.

Plus it’s pretty cool to actually own everything you have. No-one can come and take it from you. You don’t have to see the look in your kids eyes when their playhouse gets repossessed.

Why You Should Start Paying Off Your Debt

What tips for paying off debt fast do you have?

My first tip is to make a budget, determine how much debt you actually have. You probably have a lot more than you realize. It adds up quick and is shocking when you see the big number. Then find ways to save money.

Here are some more tips:

Tips for Paying Off Debt for Millennials!

I hope that helps and inspires you to pay off your debt! It is such a freeing experience once you get past all the sacrifice of getting there. It truly changes your mindset on money, debt, and your financial future.

You are then free to do what you want. I was able to stay-at-home with my kids only because we paid off our debt. What do you want to do in life that you can’t because of debt?

Figure out your “why” and let that be your motivation. Make visuals to remind yourself every day why you are pushing through and sacrificing. It will be worth it!

Now go check out the FREE workshop to get started! 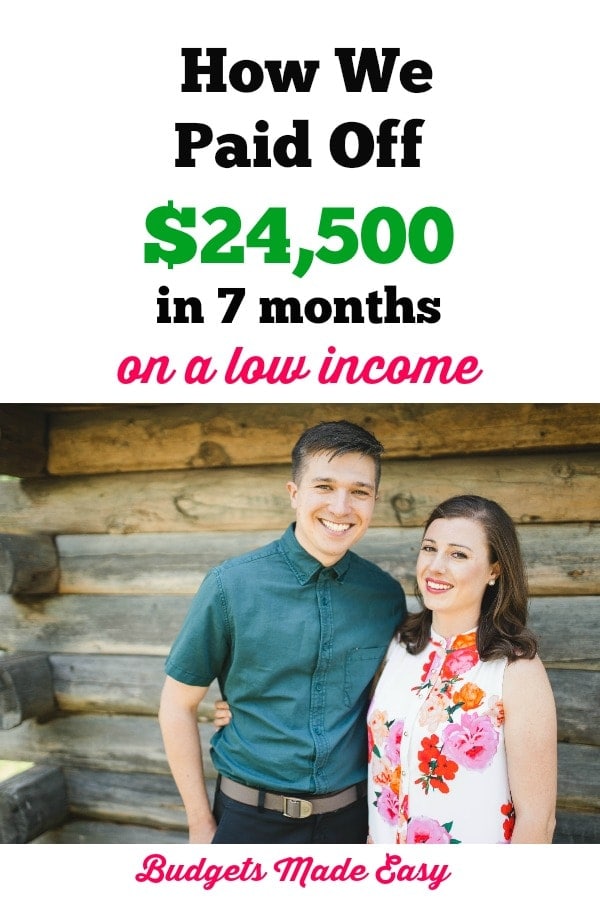